I used to literally day-dream about being a dad. I used to imagine having children and what that would be like. As I went through different relationships and started to get older, I began to worry that this dream would never become a reality. So, you all can probably imagine, when Jasmine told me she was pregnant, it was unbelievable! My oldest brother had his first child at 21, my middle brother had his first child at 24 – so to be told at 38 that I was going to be a father for the first time was amazing, and scary…

When I was in my early twenties I was in a relationship with a girl who got pregnant twice, and on both of those occasions we suffered a missed-miscarriage. Each time, we went in for the 12 week scan, excited to see our baby but were instead told that there was no heartbeat and that an operation would have to be performed to remove the foetus. The pain of those miscarriages scared me for a very long time.

Needless to say, when Jasmine told me that we were pregnant, this fear from my past experiences was in the back of mind. Thankfully, we have been blessed and our growing baby is doing amazing. 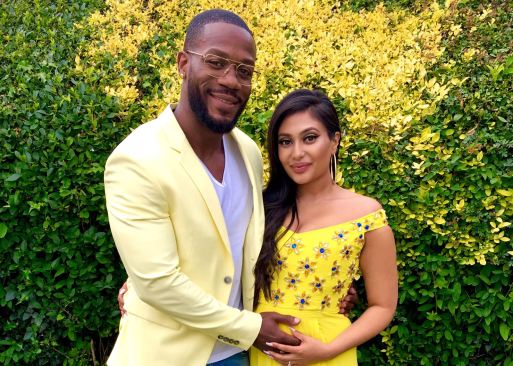 Going through this process has brought up so many emotions; happiness, fear, anxiety, humility, introspection etc. In particular, it has made me reflect on my own dad, who I refer to as my Mum’s ‘sperm donor’. He has never been involved in my life and therefore I don’t think he deserves the titles of dad or father. He was an abusive man; mentally, physically and spiritually. My mum still carries scars from being beaten by this ‘man.’

I was born in Guys and St Thomas’ hospital. We lived on the Mawby House estate in Elephant and Castle. On the day that I was born, my Mum was in the hospital by herself. Emile (the sperm donors name) was in Shepherd’s Bush with his friends playing dominoes and drinking. If you’re West Indian, you know the scenes, right?! Upon hearing that my Mum was in the hospital ready to give birth to me, he and his friends drove up to the hospital. He came in, saw my mum for a minute but didn’t stay long as he wanted to get back to his dominoes and drinking. [Priorities.] My mum gave birth to me by herself. I had jaundice which meant I had to be put in an incubator for a period of time, but that soon sorted itself out and I was fit to leave the hospital. The sperm donor was still busy doing his thing, so my mum had to get a taxi home. A taxi. I mean Emile drove, but he was busy, you know. Can you imagine?

I don’t remember too much about our time at Mawby House. But what I do remember is the feelings and atmosphere of fear. Later on in life, I would go on to find out that, the feeling I had as a baby was due to the beatings that Emile would dish out on my Mum. My Mum never told anybody, which is a typical thing that happens with domestic violence. But one day her uncle found out about it. Now her Uncle was a bad man from Brixton back in the day. You could google his name now and see what he was about, but suffice to say when he found out what was going on, he had blood in his eyes. ‘Why you didn’t tell me what this man has been doing?!’.

Unannounced, he came to our house and proceeded to beat the hell out of Emile. My Mum said her uncle was going to throw Emile over the balcony and kill him, but she was somehow able to prevent that from happening. Prior to this, I don’t know if my Mum had thought about leaving Emile, I don’t think she felt that she could. But in this moment, whilst Emile had just taken a beating and had locked himself in the bathroom like the coward he was, she felt like she could escape. She took me, and my brother and we ran for our lives with nothing but the clothes on our backs. To this day, I only have one baby picture of myself, because everything else was left behind at Mawby House. 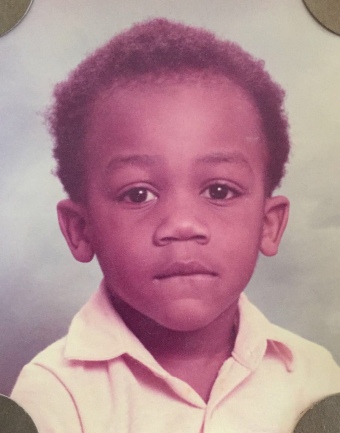 We moved around, I mean really moved around! I call our family the ‘back packing, travelling black gypsies!’ From South East London to South West London; East, West, everywhere. Throughout this time, my Mum being a beautiful young woman, would have relationships. I remember innocently clinging on to some of these men seeking for the father I did not have. There were a couple of guys that my Mum dated that I really liked and when their relationship didn’t work out, it left me a bit upset. There were also a few relationships she had where I couldn’t stand these guys. I remember pulling out a knife on one of her boyfriends due to the way I felt like he was trying to disrespect my Mum. Luckily, he had sense and got to stepping!

Although, there was a void in my life from not having a dad, my Mum being the great person she was, I didn’t feel it.

Plus, I’ve got two older brothers so they provided me with examples of masculinity. I remember at secondary school, out of all of the black children in my school, I would say maybe 1 percent had a father in their home. The other 99 percent of us where raised by a single mother. It was almost weird to hear that somebody black had two parents in their home.

Fast forward a few years, after my Mum ran away from Emile, I don’t recall seeing him again until I was around 10. I think my Mum had somehow tracked him down to an address in Kensal Rise, so we went down there to see him. He lived in a small studio flat. I had no memory of him, so I had no idea what this guy would look like. We knocked on the door and he opened it. He was standing there about 5’5, podgy, bald head, got a mole on his eye. I remember looking at him thinking ‘he don’t look like me, I must have my mums good looks!’. He kissed me on the lips which I thought was strange. After we went in, I looked around his baron studio flat – a bed, a tv and a sewing machine in the corner. Emile had a reputation as a man that could create, design and make bespoke clothing. He seemed to be upbeat and happy to see us.

I’ve always been a real kind of guy from young, and I remember not being impressed with anything he was talking about or anything he had going on.  I could see he was broke, I wasn’t impressed with his physical stature so in my mind there was nothing this man had to offer me. He seemed out of touch, stuck in a time warp. It was 1991 – I was a hip-hop head, into ragga (now called bashment) I had curls on my head, a fresh tracksuit with the new Reeboks and I’m looking at this man, thinking he reminded me of the old West Indian guys you see at the betting shop. At the time, I wanted more, you know? I wanted to be impressed with my dad.

After that occasion, I didn’t see Emile again until I was 15. I got arrested for shoplifting and after my Mum and I had gotten out of the interview room, low and behold, there’s Emile. In my mind, I’m like ‘wtf is he doing here?!’. He started telling me to stay out of trouble, don’t do this or that and all the rest of it – as if to say him being an absent father had nothing to do with my behaviour and the decisions I was making!

I think maybe about a week after getting arrested, I went to his house and spent the day with him. He took me to see my Godparents, who I’d never met before. They were cool, they put some money in my hand, think it was about £40 and I remember feeling like this could be alright; getting to know my dad and my extended family. I had a glimmer of hope that maybe this man might stay around.

That was the last time I saw Emile.

Throughout the years I would hear rumours of him being around, mostly from my Grans friends ‘oh I see your fada down de ya a Kensal green’, random sightings. He didn’t try and contact us. I’ve never received anything from that man – no birthday card, no Christmas present, nothing. To be honest, I didn’t care either because I knew that he was wotless and had nothing to offer me. I think, the only thing I wish he had done for me was shown me how to make clothes, who knows what I could have done with that skill?

I say all of this to say, I cannot possibly imagine being anything like Emile was to My Sun and to Jasmine. To beat and abuse the mother of my child. To have her get a taxi home after giving birth to my son. To not want to hold my new-born child and shower them with love every moment of every day. He left us for dead, literally. I just don’t know what type of person does that.

Up until I was 17, I carried his first name and his surname. Then one morning I woke up and thought ‘why am I carrying this man’s name! He has absolutely nothing to do with my life’. I knew about the horror stories and had told myself that I didn’t want to be anything like this man. So, I changed my surname to my Mum’s by deed poll. As we prepare for the birth of our son, I’m glad I did that. I don’t want our son carrying that man’s name, that man’s legacy. My mum was both Mum and Dad to me and my brothers. That’s why our son will carry Jasmine’s Dads and my Mums’ surnames.

My story isn’t unique. There are lots of us who share similar stories of having an absent or even present dead-beat father. I’m just glad that the people I know who have had a similar reality and have gone on to have children, are there, are present and love their children unconditionally. I may not have had an example of what a Dad is, or how a Dad is supposed to be, but I have an example of unconditional love. If I make mistakes, which I know I will do as a parent, one thing our child will be always be certain of, is that they are loved no matter what.

I’m glad to say my Mum is now happily married and living in a flat across the road from a beach! Her sons are each successful in our own rights. As for Emile, who knows? Karma is real. I have no hate towards him, I have no love for him. He is somebody I don’t even know… 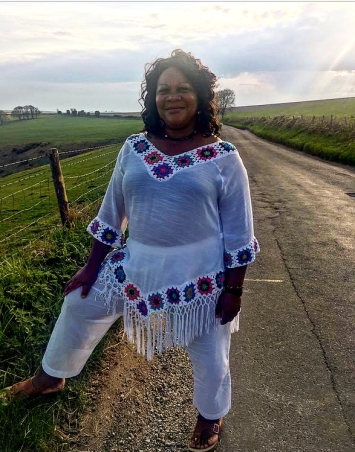