We are all pretty much familiar with the phrase ‘The Sunken Place’. In case you’re not, the concept got brought to light from the horror movie ‘Get Out’. The film is about a black man, who whilst dating a white woman, is invited to go and spend the weekend with her parents. Upon arrival he soon realises that everything is not as it seems! During his stay he is hypnotised by his girlfriends mother and is then psychologically taken to ‘The Sunken Place,’ a place whereby he can see events happening but has no control over those said events. He is a ‘witness to his own life.’

This movie was the best movie I’ve seen in a while, for its originality and thought provoking content, specifically in regards to race.

In America, seemingly every other day there is a story about a Caucasian police officer killing yet another black citizen. Nowadays, everyone has a camera phone so we are able to see some of these horrific murders take place and some have even been live streamed on Facebook. I think it’s interesting to note, that Facebook seemingly doesn’t have an issue with these feeds being posted for the public to view, but god forbid you try to upload a copy written song onto your account it would be taken down almost immediately.

I say that to say, as an intelligent black man I would have to surmise that the reason these videos of American citizens being murdered by police officers are allowed to air on social media, is to dehumanise African Americans and to desensitise the general public to their plight.

Have you noticed that whenever a highly melanated person has been murdered by the police, or even in general, the media has a tendency to demonise the victim? They do this by either speaking about a criminal past or even visually by finding a picture of the victim with let’s say, in a hoody, or maybe a blunt in their hand, so that psychologically the public will lose empathy for this individual as maybe they were in a gang or involved in criminal activity and somehow deserved to be murdered in cold blood.

It seems as if the role of the police officer is the same as the role of the overseer on the plantation fields who would keep the negroe slaves in check through the use of extreme violence, torture or if deemed necessary, death. One of the most preferred means would be to have a public lynching which would be advertised in advance so people could come, watch and be entertained by such a heinous act. Man, Woman and even child entertained by such inhumanity.

Are police officers the new overseers? Are these murderous cops the descendants of their white supremacist, serial killing ancestors? Is social media being used as a tool, so that we, the public can watch a public lynching take place from the comforts of our own home? The fact that the majority of these officers who killed their own citizens got let off the hook, whilst their president at the time was a black man, says a lot.

Then, the movie ‘Get Out’ came out at a time where race in America is a hot topic, specifically the dynamic between black and white. Race in America has always been a hot topic. From inception, the arrival of the Europeans into the Americas, the killing of native Americans, the disregard for treaty’s signed, promises made. The enslavement of Africans, shipped to America to perform free labour for over 400 years. Racism, white supremacy.

It is a part of the fabric of America.

I think a lot of Americans were fooled into believing that things had changed for the better in terms of equality especially as a Black man held the most powerful seat in the entire world. But thanks to technology we were shown that ‘the more things change, the more things seem to stay the same’

Dashikis are being worn, your favourite rapper now has an iced out ankh chain around their neck. People are using terms like ‘woke’ ‘conscious’ ‘sheeple’ ‘sleep’ to describe the psychological state of themselves/others. Then, through this movie we are given the phrase ‘The Sunken Place’

The Five Percent Nation founded by Clarence 13X, a student of Malcolm X under the Nation of Islam who Jay Z himself has on occasion been affiliated with believe that 10 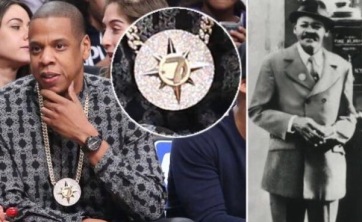 percent of the people of the world know the truth of existence, and those elites opt to keep 85 percent of the masses in ignorance and under their control. The remaining 5 percent are those who know the truth and are determined to enlighten the rest, they are the Five Percenters. The terms the ‘Elite’ the ‘1 percent’ ‘the illuminati’ have been around for years describing a small select group of people who control events in the world whilst the masses have no knowledge OR no power to do anything about it.

We rally, we march, we organise but still nothing changes. It’s as if we are on the whole, collectively in a sunken place whereby we can view events taking place but have no control over those said events. It’s as if we are the true ‘witnesses to our own lives.’

I suggest that we stop being witnesses to our own lives and take control over our own circumstances for how can we change the world if we can’t change ourselves? The game is chess not checkers, so understand the players, their moves, understand their strategy and have a plan and a purpose for your life, for ‘who jah bless, no man curse..’

Hope is not a strategy and prayer without action is futile. 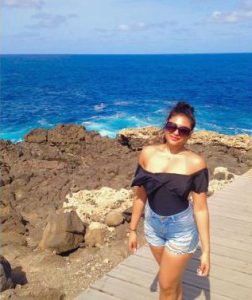